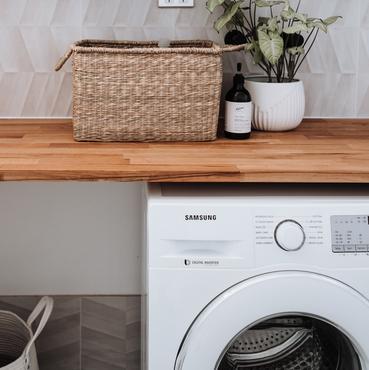 Having the dryer vent cleaned once a year is a good way to help keep the dryer running efficiently. 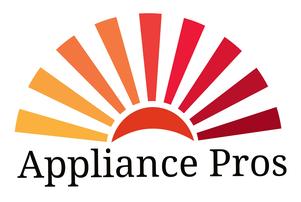 We love your feedback!

Clean the Lint Filter: Lint filters catch a great deal of lint during the drying process, but they do not catch all of it. Much of the lint that comes off your clothes can be found in other areas of your dryer, such as the hose and on the inside of the ventilation system.
Make it a habit to clean the lint filter and trap every time you remove a load of clothes from the dryer. It is also a good idea for you to cleanse the inside of the dryer to keep it fresh. Schedule a professional cleaning at least once a year. Without regular lint removal, the motor on your dryer could burn out prematurely and even catch fire. Physically remove the lint filter and wash it in a mild cleansing solution to remove any stubborn pieces of lint. Make sure that the filter is completely dry before you replace it back into the dryer.

Cleaning:You can make your own DIY washing-machine cleaner. If you feel like your washing machine needs sanitizing, make a solution of 3/4 cup of bleach and 1 tablespoon of powdered laundry detergent. Let the solution run through a soak cycle of your machine, and then run a rinse cycle to remove the bleach and clear it out.There are also ready made cleaners available, just ask us!

Hoses: Left unattended, a burst washing-machine hose can spill hundreds of gallons of water an hour.
Preventing such mishaps is as easy as replacing a washer's old rubber hoses, ideally with steel-jacketed ones that can't split open.
Once you've made those two major upgrades, as shown on the following pages, get in the habit of checking hoses and cleaning ducts every six months or so. Hoses should be replaced every five years; tag them with the date you installed them so you won't forget. Your appliances will last longer, run better, and use less energy and this can save you money on repairs.

Vent: A dryer can erupt in flame if lint is allowed to build up inside the machine or its ducts. In 1999 (the most recent data available), dryers caused 14,600 fires, 20 deaths, and $86.8 million in property damage in the United States. Or discarding the dryer's flimsy — and flammable — vinyl duct and putting a metal one in its place. (Regular lint-trap cleaning, while necessary, won't keep lint from collecting in the duct.)